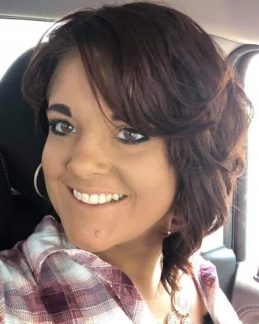 Ashley was a lifelong Frankfort resident.  She attended Frankfort Schools and later earned her GED.  She worked for Frito Lay in Frankfort for 5 years and most recently worked for 3 years at Arconic in Lafayette.  She enjoyed arts, crafts, music, and taking care of her boys.

Memorial donations may be made to Archer-Weston Funeral & Cremation Center for the benefit of her children.

Surviving along with her parents are her Sons:  Jaycob Q. Wilson, Jaxcyn O. Perkins, and Jordyn A. Perkins all of Frankfort;  Sisters:  Amber (Danny) Tillman of Waverly, TN, Amanda (Steve) Pruitt, and Augusta Perkins both of Lafayette;  Brother:  Damon Perkins of Frankfort;  Great-Aunt:  Sandra Davis of Colfax;  Aunts:  Cindy (Kerry) Roberts of Crawfordsville, Tina (Tom) Dillingham of Frankfort, and DeDe (Bryce) Slavens of Boswell; along with several Nieces and Nephews.

She was preceded in death by her Grandparents:  Troy & Sue Perkins and Marjorie Anderson Walton.