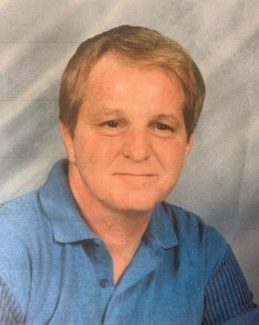 Colonel was a 1962 graduate of Frankfort Senior High School and earned his Associate Degree from Bainbridge Maryland Electrical School.  He served in the United States Navy from June 1962 to February 1966.  He was a Supervisor at Chrysler in Kokomo for 42 years and a driver at the Paul Phillippe Resource Center for over 10 years.  Colonel was a member of the Fraternal Order of Eagles Lodge 976, Veterans of Foreign Wars Post 1110, and American Legion Post 12, all in Frankfort.  He enjoyed shooting pool, hunting, and traveling.

Memorial donations may be made in Colonel’s honor to the Alzheimer’s Association, 50 East 91st Street, Suite 100, Indianapolis, Indiana  46209.

A Funeral Service will be held at 1 p.m. Thursday, August 20, 2020 at Archer-Weston Funeral & Cremation Center, 501 E. Clinton Street, Frankfort.  Friends may visit 11 a.m. until the time of service at the funeral home.  Entombment will take place in Green Lawn Mausoleum.  Out of respect for the health, safety, and comfort of all in attendance, guests will be expected to adhere to current CDC guidelines regarding appropriate social distancing and the wearing of masks.

Surviving along with his wife: Charlene are his Daughters: Angela (Jerry) Ballew of Swayzee, Dandrea (Brian) Cress of Texas, and Rhonda Brock of Frankfort; Son: Steve Brock of Lebanon; Brother: Kevin (Tiffany) Smith of Frankfort; 16 Grandchildren; and 4 Great-Grandchildren.

He was preceded in death by his parents and his step-father: Myron Roth.