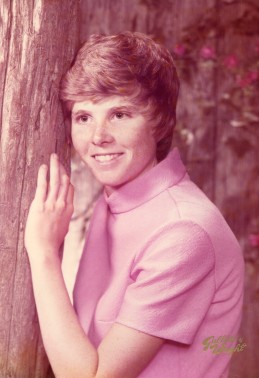 Deborah L. Hunter, 58, of Frankfort passed away surrounded by her family on Friday, March 4, 2016 in her home.  She was born on September 27, 1957 in Frankfort to Donald Hunter and Shirley Hayes.  She was a 1976 graduate of Clinton Prairie High School.  She worked as a Janitor for Wabash Center, and as a laborer for Exide and finally at Federal Mogul in Frankfort.  She loved playing softball for Frankfort Adult Co-Ed League, watching sports on TV and was an avid Cubs, Colts, and IU fan.

Memorial donations may be made in Debbie’s honor to Clinton County Relay for Life with envelopes available at the funeral home.

Funeral services will be held at 2 p.m. Monday, March 7, 2016 at Archer-Weston Funeral & Cremation Center. Friends may visit from 1 p.m. until the time of service on Monday at the funeral home. Burial will follow in Bunnell Cemetery.

She was preceded in death by her father, step-father, brother, and grandparents.