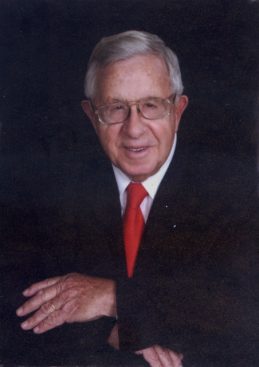 Donald Lowell Bowen, 86, of Colfax, passed away on Friday, July 28, 2017 at Homewood Health Campus in Lebanon.

He was born on August 23, 1930 in Colfax to Everett M. & Marie H. (Smith) Bowen.  He married Marilyn Southard on October 20, 1953 in Antioch and she survives. Don was a 1948 graduate of Colfax High School, earned his Bachelor Degree in Education from Indiana University, and his Masters Degree from Purdue University.  He served in the United States Army in the Counter Intelligence Corps from 1953 to 1955.  Don taught math & science at Jackson Township, Thorntown, Colfax, & Clinton Prairie High Schools from 1952, retiring in 1974. During his tenure at Thorntown, he served as assistant principal, athletic director, and coach.   Don farmed full time from 1974 until recently.

He was a member of Colfax United Methodist Church, a charter member of the Colfax Lions Club, past District Governor, & Director of Lions International Eye Bank, along with receiving the W.P. Woods Award from Lions International.  He was instrumental in developing the Lions Club Park in Colfax and laid out the original baseball field which is now named “Don Bowen Field”.  His other memberships include Colfax EMS, and he served on the Colfax Public Library & Clinton County Hospital boards.  Don loved to sing & play music by ear, especially the music that he composed, and he also enjoyed crossword puzzles.

Memorial donations may be made in Don’s honor to Colfax Lions Club and Alzheimer’s Association with envelopes available at the funeral home.

Friends may visit 4-8 p.m. Monday, July 31, 2017 at Archer-Weston Funeral & Cremation Center in Frankfort.  A funeral service will be held at 2 p.m. Tuesday, August 1, 2017 at the Colfax United Methodist Church, with visitation one hour prior to the service at the church.  Burial will follow in Plainview Cemetery.

He was preceded in death by his parents, an infant brother:  Earl, and a son-in-law:  Jason Martin.