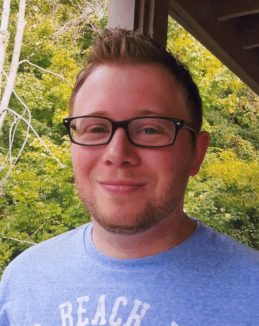 Grant Donald Gilmore, 28, of Avon and formerly of Frankfort, passed away on Sunday, February 12, 2017 at his home.  He was born on October 6, 1988 in Frankfort to Gordon and Linda (Gearheart) Gilmore and they survive.  He is a 2007 graduate of Frankfort Senior High School and a 2015 graduate of Lincoln Tech where he earned his certification as an Automotive Technician.  He married Sarah Sacra on February 16, 2008.  He worked as an automotive technician for Bill Estes Ford in Brownsburg and had previously worked for Tom Wood Volvo in Indianapolis.  He was a member of the Masons Vesta Lodge 136 in Frankfort and enjoyed playing golf, chess, hunting, working on computers and he loved music.

In lieu of flowers, Memorial donations may be made in Grant’s honor to benefit his sons: Alexander and Kaise with envelopes available at the funeral home.

A funeral service will be held at 11 a.m. Monday, February 20, 2017 at Archer-Weston Funeral & Cremation Center in Frankfort.  Friends may visit from 1-5 p.m. on Sunday, February 19th at the funeral home.  Masonic services will begin at 5 p.m.  Pastor Shan Sheridan will officiate.  Burial will follow in Green Lawn Cemetery.

He was preceded in death by his Grandmother:  Joan Gilmore, Grandfather:  James Gearheart and Uncle:  Russell Gearheart.