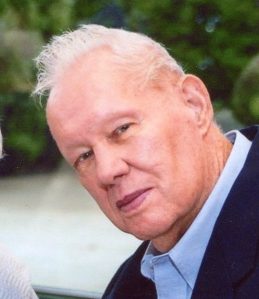 Prior to his military career, he worked as a telegrapher/clerk for the Railroad.  Following his service he worked for PR Mallory for 5 years and then Chrysler in Kokomo as a machine operator for over 28 years.  Harold was a member of Michigantown Christian Church and UAW685 in Kokomo.

Memorial donations may be made in Harold’s honor to the Clinton County Humane Society with envelopes available at the funeral home.

A funeral service will be held at 11 a.m. Friday, June 3, 2016 at Archer-Weston Funeral & Cremation Center in Frankfort.  Friends may visit from 10 a.m. until the time of service at the funeral home. Karl Kercheval will officiate. Burial will follow in Green Lawn Memorial Park.

Surviving along with his wife Sandra are his ½ Sister: Mary Elizabeth (Jerry) Hall of Frankfort and 2 Nieces: Nicole Hall of Findlay, OH & Elaine Hall of Remington.