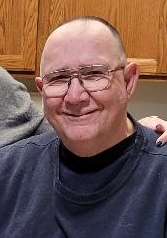 Jerry A. Young Sr., 78, of Mulberry and formerly of Frankfort, passed away March 23, 2022 at Sidney & Lois Eskenazi Hospital in Indianapolis, Ind.  He was born on May 8, 1943 in Forest to David Alexander and Bertha Evelyn (Johnson) Young.  He married Elaine Rodgers on February 18, 1966 in Michigantown and she survives.

Jerry was a 1961 graduate of Clinton Central High School and served in Vietnam in the United States Army Infantry from 1966 to 1968, attaining the rank of Sargent.  Jerry worked as a Millwright at Alcoa in Lafayette for 39 ½ years, retiring in May 2005.  He was a member of Kelley Crossing Church of God.  He loved spending time with his children and grandchildren, was a licensed ham radio operator, and enjoyed mowing, tinkering in the garage, and genealogy.

In lieu of flowers, memorial donations may be made in Jerry’s honor to the Indiana Honor Flight, P.O. Box 10, Plainfield, IN  46168.

A Funeral Service will be held at 12 Noon on Saturday, April 2, 2022 at Archer-Weston Funeral & Cremation Center, 501 East Clinton Street, Frankfort.  Friends may visit 5-8 p.m. Friday, April 1, 2022 and also an hour prior to the service on Saturday from 11-Noon at the funeral home.  Burial with Military Honors will follow the service at Green Lawn Memorial Park, Frankfort.

He was preceded in death by his parents, sister: Madeline Wisehart, nephew: Jeff Hickey, and a great-grandchild.