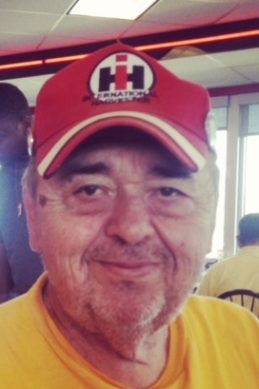 John “Frankie” Gunn, 71, Of Michigantown, passed away on Monday, January 8, 2018 at his home.  He was born on June 22, 1946 in Frankfort to John W. and Dorothy M. (Evans) Gunn.  He attended Clinton Central Schools.  He married Peggy Reynolds on January 23, 1981 in Michigantown and she preceded him in death on May 25, 2007.  Frankie was a Heavy Equipment Operator for the Indiana State Highway Department for 37 years retiring in 2002.  He was a member of the Frankfort Eagles Lodge Aerie #976, the Moose Lodge #7 and enjoyed hunting.

Memorial donations may be made in Frankie’s honor to the Archer-Weston Funeral & Cremation Center, 501 East Clinton Street, Frankfort to assist with final expenses.

A Memorial Visitation will be held 4-8 p.m. Friday, January 12, 2018 at the Eagles Lodge Aerie #976 in Frankfort.  Burial will be in Whiteman Cemetery at a later date.

He was preceded in death by his parents and his wife.