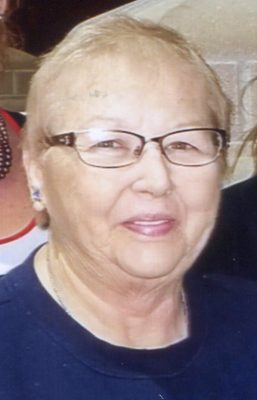 She was born on October 17, 1945 in Lafayette.  Her parents are Charles and Jean (Oneal) Coffman.  She was a 1963 graduate of Lafayette Jefferson High School.  She moved to Colfax in 1973 when she married Fred Culross on October 6, 1973 in Lafayette and he preceded her in death on June 21, 2006.  Karen was a Key Punch Operator for Purdue University for 30 years retiring in 1995.  She and Fred also owned Broadview Campground in Colfax from 1989 to 2001.  She enjoyed bowling, music, her Euchre card club, and loved Purdue basketball.  She and her mom loved to partake in “funky shenanigans”.  She loved being a “team mom” for her kid’s sports and her house was where all the kids congregated.  Above all, she loved being an Auntie and a Grandma.

A funeral service will be held at 11 a.m. Saturday, February 3, 2018 at Archer-Weston Funeral & Cremation Center, 501 East Clinton Street, Frankfort.  Friends may visit from 9 a.m. until the time of service at the funeral home.  Pastor Ben Crockett will officiate.  Burial will follow in Plainview Cemetery.

She was preceded in death by her husband, father, sister: Cheri Cooper, brother-in-law: Bob Culross, and her son-in-law:  Terry Tolson.