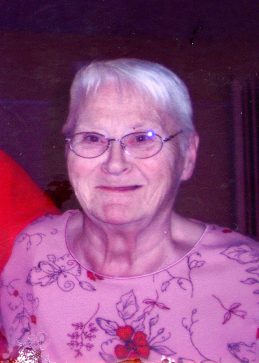 She was born on March 6, 1933 in Clinton County to Charles Dallas and Inga (Olsen) Gunyon.  She attended Frankfort Schools.  She married Herbert D. Marley on November 10, 1956 and he preceded her in death on July 21, 1995.  Patricia was a homemaker and had also worked for Harmeson’s in Frankfort.  She was a member of Trinity United Methodist Church in Frankfort.

Memorial donations may be made in Patricia’s honor to the Trinity United Methodist Church or the Frankfort VFW Post 1110 with envelopes available at the funeral home.

A funeral service will be held at 12 Noon Wednesday, February 8, 2017 at Archer-Weston Funeral & Cremation Center in Frankfort.  Friends may visit from 10 a.m. until the time of service at the funeral home.  Chaplain Tom Covington will officiate.  Burial will follow in Bunnell Cemetery.

She was preceded in death by her parents, husband, a daughter:  Kathy Platt, and 2 brothers:  Donald and David Gunyon.