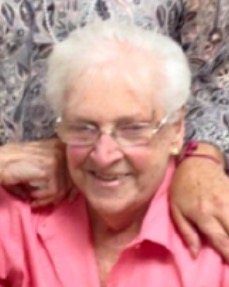 She attended Crawfordsville schools.  She was a homemaker and worked for Harmeson’s in Frankfort, retiring in 1999.  She was a member of the Faith Baptist Church in Frankfort and the Frankfort Eagles Auxiliary.  Patty had lived with her sister Donna and Richard Hines for the last 3 years and they were her caretakers.

A funeral service will be held at 10:30 a.m. Friday, April 22, 2016 at Archer-Weston Funeral & Cremation Center, Frankfort. Friends may visit from 5-7 p.m. on Thursday, April 21st at the funeral home. Burial will follow services at Bunnell Cemetery in Frankfort.

She was preceded in death by her parents, her husband, a sister: Sue Roberts, and a Step-Daughter-in-Law: Connie Gann.