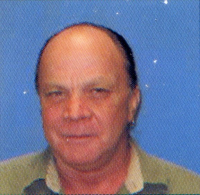 Raymond L. “Ray” Taylor, 53, of Lafayette and formerly of Frankfort passed away Saturday, October 18, 2014 in his home. he was born on March 14, 1961 in Frankfort to Willard and Pauline (Dillman) Taylor. He married Sandra Acello and they later divorced. Ray was a 1979 graduate of Frankfort Senior High School and served in the United States Navy from 1979 to 1984. He worked in the family business Taylor Drywall for 20 years. He was a member of the American Legion and the Legion Riders in Auburn, IN. He enjoyed fishing, hunting, trapping, riding motorcycles and was the “family storyteller”.

Funeral Services will be held at 2 p.m. Thursday, October 23, 2014 at Archer-Weston Funeral & Cremation Center, Frankfort, IN. Friends may visit from Noon until the time of service on Thursday at the funeral home. Burial will follow in Green Lawn Memorial Park. Memorial donations in Ray's honor may be made to the Clinton and Tippecanoe County Humane Societies, with envelopes available at the funeral home.

Surviving along with his mother Pauline Taylor are his Fiancé: Virginia Richardson of Lafayette; Sons: Nicholas Taylor of Frankfort, Josh Taylor, and Richard Harrold both of Lafayette; Daughters: Trisha Conley and Lindsey Conley both of Auburn; Sisters: Trina (John) Wampler and Sherrie Carson both of Frankfort; Several Nieces and Nephews.

He was preceded in death by his father, grandparents, and a niece.