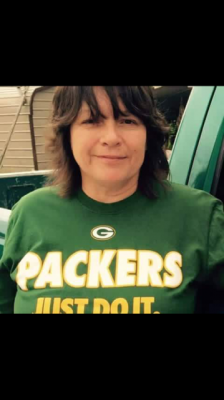 Sylvia J. Mrozinski, 52, of Frankfort passed away on Saturday, September 10, 2016 in her home.  She was born on May 16, 1964 in Milwaukee, WI to Kenneth and Loretta (Ubich) Mrozinski and they survive.  She is a 1983 graduate of Danville High School in Danville, IN and had also lived in Indianapolis and Florida before moving to Frankfort.  She served as a Private in the United States Army Reserve from 1983 to 1989 where she was a marksman.  She worked for Donaldson’s and most recently for Frito Lay in Frankfort.  She was a member of New Life in Christ Ministries in Frankfort.  Sylvia loved her bulldog Sadie, her cat Blade and was an avid Green Bay Packers fan.

In lieu of flowers, memorial donations may be made in Sylvia’s honor to the ALS Association or the Clinton County Humane Society with envelopes available at the funeral home.

A funeral service will be held at 2 p.m. Thursday, September 15, 2016 at Archer-Weston Funeral & Cremation Center in Frankfort.  Friends may visit from 11 a.m. until the time of the service at the funeral home.  Pastor Robert Palmer will officiate. Burial will follow in Bunnell Cemetery.