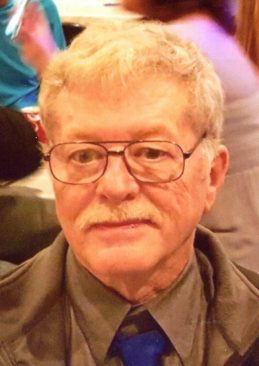 Harvey Michael Ruse, 71, Of Frankfort passed away in his home surrounded by his family on Thursday, November 22, 2018.

Harvey was a lifelong Frankfort resident and 1967 graduate of Frankfort Senior High School.  He was a Combat Engineer in the United States Army and bravely served from 1968 to 1973, including a tour in Vietnam from 1968-1969.  He had previously worked as a meat cutter for Schulz IGA and for Shoup’s Processing.  He retired from Donaldson’s in 2003 after working as a machine operator for 20 years.  He enjoyed spending time with family and friends, going to the shooting range, attending gun & knife shows with his son and grandsons, and model ship building.

Harvey’s family would like to thank Guardian Angel Hospice, Comfort Keepers, and their wonderful staff for the exceptional care they provided.

In lieu of flowers, the family requests that donations be made in Harvey’s honor to the American Diabetes Association or the Michael J. Fox Foundation for Parkinson’s Research.

A funeral service will be held at 2 p.m. Saturday, December 1, 2018 at Archer-Weston Funeral & Cremation Center in Frankfort.  Friends may visit from Noon until the time of service on Saturday at the funeral home.  Burial will follow in Green Lawn Memorial Park in Frankfort.

Harvey was preceded in death by his loving wife: Phyllis Ruse, his parents, his brother:  Rick Ruse as well as his good friend Max Smith.