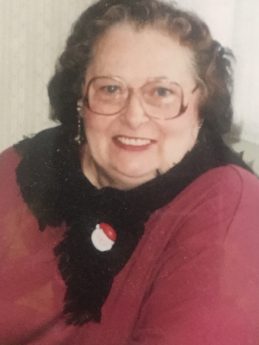 She was born on June 26, 1924 in West Point to Alfred Ray and Ruby Lorene (Slipher) Rater.  She married Dale Leon Sanders on April 10, 1941 in Rensselear and he preceded him in death on April 23, 1978.  Alma attended Attica High School and was a homemaker.  She also worked with Leon in their bakery, Sanders Donut Shop.  She later worked for Roselyn Bakery.  She was a member of Zion Apostolic Church.

Memorial donations may be made in Alma’s honor to the Zion Apostolic Church, 1155 West Barner Street in Frankfort.

A graveside funeral service will be held at 11 a.m. Tuesday, April 25, 2017 at Bunnell Cemetery in Frankfort. Archer-Weston Funeral & Cremation Center is honored to assist Alma’s family.