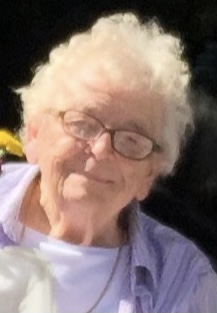 Barbara was a 1943 graduate of Jackson High School and was a farmer’s wife and stay at home mom.  She was a member of Geetingsville Presbyterian Church, where she was a part of several ladies’ organizations.  She loved to play Euchre, Bridge, and Pinochle and was a member of the “Sunday Night Club”.

Memorial donations may be made in Barbara’s honor to the Geegingsville Presbyterian Church, 2037 East State Road 26, Frankfort.

In accordance with Barbara’s wishes, no services are planned.  Burial will take place in Geetingsville Cemetery at a later date.  Archer-Weston Funeral & Cremation Center and Clinton County Crematory, 501 East Clinton Street, Frankfort are honored to assist the Larson family.

She was preceded in death by her parents, her husband: Paul, sister: Martha Inlow, and her brothers-in-law: Bill Inlow and Ralph Imel.