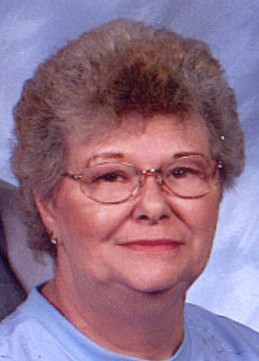 Beverly Ann Sanders, 78, of Frankfort passed away on Wednesday, September 16, 2015 at Clinton House Health & Rehabilitation Center.  She was born on February 1, 1937 in Washington, Indiana to Ross A. and Margaret J. (Dowling) Hazel.  She married Albert John Sanders on September 4, 1954 and he preceded her in death on May 26, 2010.

Memorials in Beverly’s honor may be made to the American Diabetes Association with envelopes available at the funeral home.

Funeral services will be held at 10:30 a.m. Monday, September 21, 2015 at Archer-Weston Funeral & Cremation Center in Frankfort. Friends may visit from 2-5 p.m. Sunday, September 20th with an Eagles Auxiliary Service beginning at 4:30 p.m. at the funeral home. Burial will follow in Bunnell Cemetery.

She was preceded in death by her husband, a granddaughter, and 2 sons-in-law.