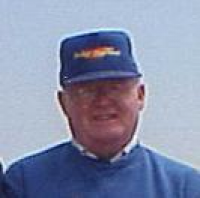 Bob Lee Keller, 81, of Frankfort passed away July 9, 2011 surrounded by his family in his home. He was born August 12, 1929 in Hillisburg to Howard S. and Jewel (Smith) Keller. He married Phyllis Johnson on January 14, 1950 and she preceded him in death in July 1981. He married Kathleen Fearnow on November 26, 1994 in New Albany, Indiana and she survives. Mr. Keller was a 1948 graduate of Scircleville High School. He was a farmer for many years, standard oil agent, and owner of Keller Oil in Kempton. He retired from AgMax in January 2000 as fuel delivery/transport driver. From February of 2000 until currently, Mr. Keller was the Clinton County Weights and Measures Inspector and a driver for Bailey Trucking. He was a member of the Scottish Rite, and the Masonic Vesta Lodge 136 in Jefferson. He was also a member of the Indiana Association of Weights and Measures Inspectors. He was a member of the Cornerstone Assembly of God. Surviving along with his wife are 2 Sons: Ted Keller (Friend: Joan) of Flora and Terry (Susie) Keller of Frankfort; 1 Sister: Lois Ellen Bond of Westfield; 1 Sister-in-law: Elsie Keller of Buffalo Grove, IL; 4 Grandchildren: Chris (Charity) Keller of Frankfort, Matt (Kelly) Keller of Michigantown, Angie Keller of Frankfort, and Mya Chandler of Frankfort; 10 Great-Grandchildren; 4 Step-Children: Cary Doucette of Portland, OR, Becky (Roger) Owings of Kokomo, Keith (Nancy) Doucette of Cicero, and Karen (Jon) Green of Kokomo; and 5 Step-Grandchildren: Adam Hagy, Katie Owings, Dylan Green, Page and Cooper Doucette. He was preceded in death by his parents, 2 Sisters, 3 brothers and 1 Grandson: Terry Lee Keller, Jr. A memorial service will be held at 2 p.m. on Saturday, July 16, 2011 at Archer-Weston Funeral Home. Friends may visit from 1 p.m. until the time of service. Masonic services will be held at 12:30 p.m. Memorial donations may be made to Community Foundation of Howard and Clinton Counties, the Clinton County Cancer Fund, and the American Heart Association with envelopes available at the funeral home.