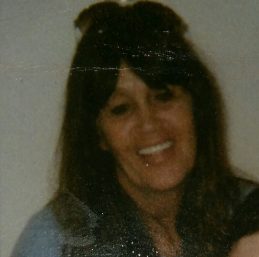 She was born on April 25, 1944 in Frankfort to Charles and Dorthea (Hamm) Wilcurt.  She married John Robert Eskew in 1983 and he survives.  She attended school in Kirklin and worked as a housekeeper and residential painter.  She was also a truck driver.  She was a “Jean of all trades” and a natural artist that could paint anything.  She was a “hands on” person who wasn’t afraid to tackle any project from art to a carburetor.  She will be remembered mostly for being loving and witty.

Memorial donations may be made in C.J.’s honor to the Leukemia Society with envelopes available at the funeral home.

A Celebration of Life Service will be held at 2 p.m. Monday, November 7, 2016 at Archer-Weston Funeral & Cremation Center in Frankfort.  Friends may visit from 1 p.m. until the time of the service at the funeral home.

She was preceded in death by her Parents, Son:  Roy Steven Yeadon “Fast Ed” and her Brother:  Charles Wilcurt Jr.