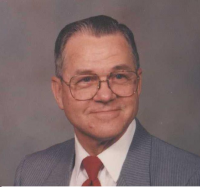 Charles Frederick Nydegger age 75 of Colfax passed away in his residence February 23, 2010. Born May 4, 1934 in Lafayette, Indiana to Louis & Elsie Nydegger. He served in the US Air Force during the Korean War. He worked for National Homes in Lafayette and for Cable Television in Lafayette and Crawfordsville for many years retiring in 2000. He also owned and operated Charlie?s Service Shop at one time fixing radios, lawn mowers, and small engines. After his retirement he was the Maintenance man at Colfax Senior Citizens Village for several years. He was a member of the Society of Cable Television Engineers, Amateur Radio Operator WA9HCU, FCC 1st class radio license holder, enjoyed gardening, fixing things, building radios. He was an extremely active member of Colfax Christian Church where he was involved in all areas and held many offices of the church including Elder Emeritus. He married Lois Bradshaw December 31, 1953 and she survives, also surviving are 2 sons: Gregg A. Nydegger (Barbara) of Monticello, and Scott Nydegger (Annette) of Crawfordsville, 8 grandchildren: David C. Nydegger (Mandy), Jonathan R, Timothy L., and Sarah E. Nydegger, Andrea Corbin (Jeremy), Carrie Clark (Aaron), Bethany Overpeck (Nathaniel), and Makinze Gaines. As well as 3 great grandchildren: Madison, Macy, and Malachi Corbin. 2 brothers: David Nydegger (Joyce), and Louis Nydegger both of Winfield, AL and a sister: Louise Story (Ron) of Williamsport.;Funeral services will be held 1 PM Saturday February 27, 2010 at Colfax Christian Church, burial will follow at Plainview Cemetery. Friends may call 4-8 PM Friday at Colfax Christian Church. Memorials appreciated to the church. Arrangements entrusted to Archer-Weston Funeral Home in Frankfort.