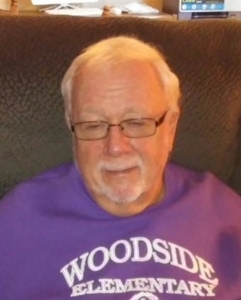 He was born on August 28, 1940 in Frankfort to Donald B. and Josephine Alice (Fisher) Mann.  He attended Frankfort High School through his junior year and was a 1958 graduate of Scircleville High School.  He was Merchandising and Marketing Manager for Bova Fruit Company in Indianapolis for 30 years, retiring in 1999.

Memorial donations may be made in Bob’s honor to the Clinton County Cancer Fund, 241 South Broadway, Frankfort.

A Graveside Service will be held at 2 p.m. Friday, September 7, 2018 in the Chapel of Peace at Green Lawn Cemetery, Frankfort.