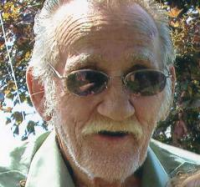 Charles W. Rowe, 76, of Frankfort passed away April 25, 2011 in Roudebush VA Hospital. Born June 30, 1934 in Tipton to John and Maggie (Beard) Rowe. He married Mable Dickenson in October 1965 she preceded him in death on October 4, 2003.;Mr. Rowe attended school in Tipton and was an U.S. Army veteran during the Korean War. He worked as handyman for several businesses. He moved to Virginia for a short time and returned to Frankfort in 1977.;Survivors include 2 Sons: Charles Rowe Jr. of Darlington and Terry Rowe of Frankfort, 1 Daughter: Jenny Barbaree of Frankfort, 1 Brother: Phil of Tipton, 3 Sisters: Mary and Lois of Tipton and Rosie of Frankfort, 4 grandchildren and 2 great-grandchildren.;He was preceded in death by 3 brothers and 2 sisters.;Services will be held at 2 PM Friday, April 29, 2011 at Archer-Weston Funeral Home. Visitation will be from 1 PM until time of service. Burial will be in Green Lawn Memorial Park.