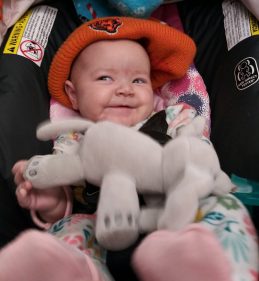 Infant Charlotte “Charlie” Raegan Hall, 3 months, of Lebanon passed away December 7, 2019 at Witham Memorial Hospital in Lebanon.  She was born on August 30, 2019 in Lafayette to Richard “Rick” Wayne and Stacie Renee (Chupp) Hall.

A Private Family Service is planned and a Memorial Service will be held at a later date.   Archer-Weston Funeral & Cremation Center and Clinton County Crematory, 501 East Clinton Street, Frankfort are honored to assist the Hall family.