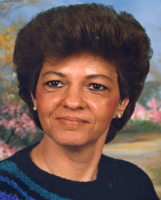 Christine K. (Howe) Grice, 67, of Frankfort passed away Thursday, October 16, 2014 in her home. She was born on December 3, 1946 in Frankfort to Fay and Roberta (Peacock) Howe. She married Richard Grice on January 22, 1965 in Frankfort and he survives. Chris was a lifelong Frankfort resident and graduate of Frankfort High School. She retired from Frito Lay in 2004 after 26 ½ years of service. She was the president of the American Legion Ladies Auxiliary and a member of the VFW Ladies Auxiliary. She enjoyed fishing, riding 4-wheelers and her greatest love was her family, grandchildren and great-grandchildren.

A funeral service will be held at 11 a.m. Monday, October 20, 2014 at the Archer-Weston Funeral & Cremation Center, Frankfort, IN. Friends may visit from 2 to 4 p.m. Sunday, October 19, 2014 at the funeral home. Memorial donations in Chris's honor may be made to the American Legion Women's Auxiliary with envelopes available at the funeral home. Burial will follow in Bunnell Cemetery.

Surviving along with her husband Richard are her Sons: Rick (Tammy) Grice and Ramsey Grice (Companion: Misty Lawson); Sisters: Darlene (David) East and Donna (Mike) O'Brien all of Frankfort; 8 Grandchildren; and 8 Great-Grandchildren.

She was preceded in death by her parents, Son: Rob Grice, Brother: Terry Howe, and her Daughter-in-law: Darlene Lynn Grice.