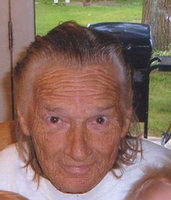 Connie Louise Brown age 77 of Frankfort passed away Saturday February 13, 2010 in her home surrounded by her family. Born February 29, 1932 in Frankfort, Indiana to Roy & Violet (Brown) Russell. She married Charles L. Brown on October 23, 1948 and he preceded her in death on February 8, 2003. She retired as a bus driver with Tippecanoe School Corporation after many years. Surviving is 1 daughter: Della Cohee (Larry) of Frankfort, 8 sons: Charles (Terri) Brown, and Richard (Judy) Brown both of New Richmond, Bruce (June) Brown, and Ronald (Deborah) Brown Sr. both of Delphi, Lucky (Judith) Brown of Rossville, Frederick Brown of Frankfort, David (Karen) Brown of Chalmers, and Brian Brown of Colfax and 25 grandchildren and 44 great grandchildren. In addition to her husband, she was preceded in death by 4 grandchildren: Brandi, Ronald Jr., Brandon, and April Brown and 4 sisters. Funeral services will be held 2 PM Thursday February 18, 2010 at Archer-Weston Funeral Home in Frankfort. Friends may call beginning at Noon on Thursday at the funeral home. Burial will follow in Kilmore Cemetery.

One Condolence for “Connie Brown”