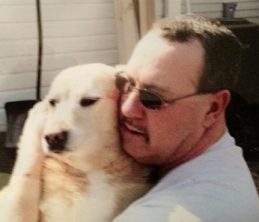 Donald E. Beyelia, 56, of Frankfort passed away on Monday January 2, 2017 at St. Vincent Hospital in Indianapolis.

He was born on March 4, 1960 in Oakland, California the son of Catherine Shellenberger.  He attended school in Oakland and was a plumber in San Francisco before moving to the Frankfort area.  He worked as a material handler for Frito Lay for over 10 years.  Don loved his dogs.

He was preceded in death by his parents, a brother, and a sister.