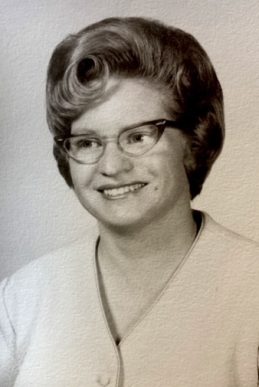 Dorothy was a 1950 graduate of Rossville High School and earned her degree in Cosmetology from Kokomo Beauty College.  She worked for Federal Mogul and Mallory Controls in Frankfort and was co-owner and bookkeeper for Staley Auto Parts.  She owned her own beauty shops in Sedalia and Delphi and had a daycare in her home for many years.  She was a Cub Scout den mother, bowled on a Moose mixed league, was a member of the Ladies of the Moose and was past Worthy Matron of the Beard Order of Eastern Star.  She enjoyed gardening and loved spending time with her grandchildren and great grandchildren.

Memorial donations may be made in Dorothy’s honor to Mooseheart, with envelopes available at the funeral home.

One Condolence for “Dorothy E. Staley”