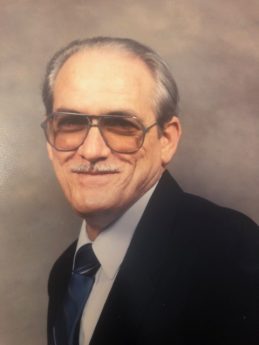 He was born on June 28, 1942 in Taswell, TN to Clyde and Della (Fultz) Smith.  He was a 1960 graduate of Mulberry High School.  He married Marilyn Sue Disinger on February 2, 1963 in Frankfort and she survives.

Doug was an inspector for Chrysler in Kokomo for 40 years and retired in 2004.  He was a member of New Life Assembly of God and a member of Beard Masonic Lodge.

Memorial donations may be made in Doug’s honor to the New Life Assembly of God with envelopes available at the service.

Friends may visit from 9 to 11 a.m. on Friday, July 13, 2018 at New Life Assembly of God, 2025 Washington Avenue, Frankfort.  A funeral service will be held at 11 a.m. Friday at the church.  Pastor Ken Rushing will officiate.  Burial will follow in Kilmore Cemetery.

In addition to his parents, he was preceded in death by a granddaughter:  Lindsey Smith.