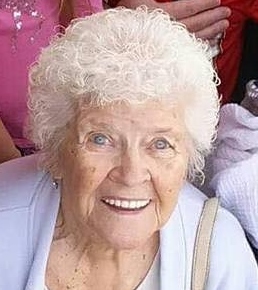 Evelyn grew up in Chicago and worked various jobs while raising her three boys.  She moved to Indiana in 1960.  Later in life, Evelyn and Robert spent nearly 20 years in Clearwater, Florida before returning to Indiana in 2015.  She attended First Church of the Nazarene in Frankfort and enjoyed reading her Bible, crocheting, gardening, playing dice, Polka music, and loved her grandchildren.

Memorial donations may be made in Evelyn’s honor to the First Church of the Nazarene, 2056 E. Wabash Street, Frankfort, IN  46041.

In accordance with Evelyn’s wishes, there will be no services held.  Burial will be held at a later date in the Memory Gardens of Rensselaer, Indiana.  Archer-Weston Funeral & Cremation Center and Clinton County Crematory are honored to assist Ms. Rayburn’s family.

She was preceded in death by her parents, husband, 10 siblings, and 1 great-grandchild.

2 Condolences for “Evelyn A. Rayburn”