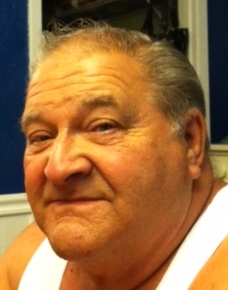 Express your sympathy by sharing this obituary with family and friends.
Francis L. Bower, 70, of Frankfort passed away Monday, March 30, 2015 in St. Elizabeth East Hospital in Lafayette.  He was born on May 14, 1944 in Lafayette to Floyd Francis and Laura Belle (Thomas) Bower.  He married Bonnie Lester on April 7, 1977 and they later divorced.  He then married Karen Wilson on March 14, 2003 and she preceded him in death on July 22, 2008.  He was then reunited with Bonnie Bower in June of 2014 and she survives.
Francis was employed for 17 years at the Lafayette Street Department then worked until his retirement in 1994 for the Indiana State Highway Department.  He was a member of the Moose Lodge in Florida and the Frankfort Eagles Lodge.

A funeral service will be held at Noon on Saturday, April 4, 2015 at Archer-Weston Funeral & Cremation Center. Friends may visit from 10 a.m. until the time of service at the funeral home. Burial will follow in Green Lawn Memorial Park. Online condolences may be made at archerweston.com