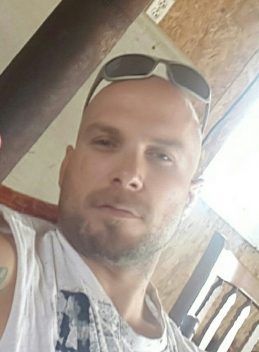 He was born on June 23, 1982 in Lafayette, IN.  He attended Clinton Prairie Schools and earned his GED.  He married Angie Hunter on May 27, 2016 and she survives.  He worked as a millwright for Jarman Construction in Frankfort and Trade Winds in Lafayette.  Frankie loved working with his hands and enjoyed gardening.

Friends and family may visit from 4-8 p.m. on Monday, September 12, 2016 at Archer-Weston Funeral & Cremation Center in Frankfort. A private family funeral service has been planned. Burial will be in Bunnell Cemetery

He was preceded in death by 3 grandparents and a son: Jason Ryan Schocke.