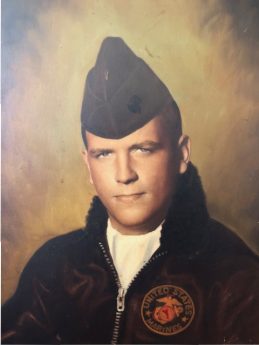 He was born on January 7, 1952 in Crawfordsville to Billy Alvin and Helen (Suter) Smith.  He attended Clinton Prairie Schools and earned his GED from the Army Navy Academy in Camp Pendleton.  He served in the United States Marine Corps from 1972 to 1976.  He worked for Overman Brothers doing apartment maintenance for 10 years.  He enjoyed computers.

Memorial donations may be made in Garry’s honor to the Cystic Fibrosis Foundation­ with envelopes available at the funeral home.

Friends may visit from 4-7 p.m. on Monday, March 26, 2018 at the Archer-Weston Funeral & Cremation Center, 501 East Clinton Street, Frankfort.  A funeral service will be held at 11 a.m. Tuesday, March 27, 2018 at the funeral home.  Pastor Tim Grasham will officiate.  Burial will follow in Plainview Cemetery.

Survivors include his Brothers:  Robert E. (Linda) Smith of Frankfort and John Charles Smith of Pendleton.

He was preceded in death by his parents and 2 brothers:  Roger A. Smith, who served in the US Airforce and Raymond D. Smith who was a Sgt. in the US Army.