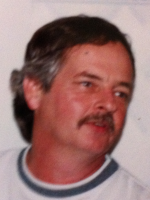 Gilbert Junior “Gil” Hendrickson, 64, went to be with the Lord July 19th, 2013 at St. Vincent Hospital, Indianapolis. He was born to Mary Iris (Huffer) and Maurice Gilbert Hendrickson on June 14, 1949. He married Linda Kay Martin on Jan 21, 1977 and she survives.;Also survivors is a daughter Traci Martin (David Camp), and one brother Kevin (Marilyn) Hendrickson and four sisters: Carolyn (Richard) Abbott, Jennie (Robert) Harsch, Julia (Wayne) Brown and Mary Lou Parker. He was preceded in death by his son Gilbert (Gibby) Hendrickson II and a sister Donnis (John) Devee.;He graduated from Mooresville High School in 1967. Joined Marine Corps and served until 1970 as Sergeant in 2nd BN, 2nd Marine Division, FMF. He was a member of the American Legion Post #12 as well as the Eagles.;Gilbert worked at Sun Chemical for 30 years, CNH and Securitas.;He was a devoted husband and father. His love for Linda was unconditional. His spontaneity kept their lives full and exciting, never a dull moment.;He loved a road trip and a fresh lottery ticket. Gilbert knew no stranger. He could spark a conversation with anyone. His friends were very important to him.;He enjoyed the company weather in the backyard of at Hoops, Akards, and Country Pride. Linda and Gil enjoyed traveling to the gambling boats, fishing, camping and dancing. Farming was always important, as was the News. He would stop everything just to watch the weather!;Gilbert had an analytical mind and a passion for numbers. He was born with a calculator in his hand. He could find a solution before you knew what the problem was. His favorite saying was “Do The Math”.;The family asks that in lieu of flowers all donations go to the American Heart Association with envelopes available at the funeral home.;Services will be held at 5 p.m. Tuesday, July 23, 2013 at Archer-Weston Funeral Home. Visitation will be from 1 p.m. until the time of the service at the funeral home. Pastor Jeremy Turner will officiate.