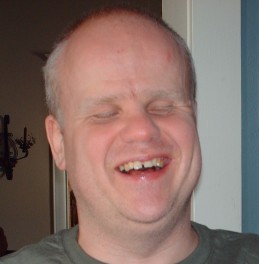 Glenn C. Disinger, 48, of Frankfort passed away on Sunday, August 2, 2015 in his home.  He was born on March 8, 1967 in Clinton County to Keith W. and Edith (Schwarz) Disinger.  Glenn was a 1985 graduate of the Indiana School for the Blind.  He worked for Abilities Services, Inc. in Frankfort for 28 years.  He was a member of New Life Assembly of God in Frankfort where he played piano for services.  Glenn competed in the Special Olympics in running and bowling events.

Memorials may be made in Glenn’s honor to the Braille Bible Foundation with envelopes available at the funeral home and church.  Online condolences may be made at archerweston.com.

Glenn was preceded in death by his mother.