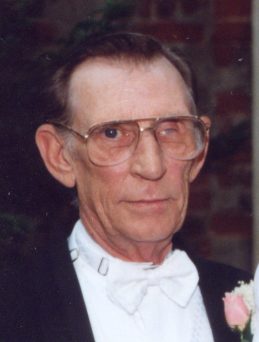 He was born February 15, 1940 at home in Forest to Harold Sr. and Lucille (Abbott) Redman.  He was a lifelong resident of Clinton County until moving in with his son Russell 10 years ago.  He attended Forest High School.  Bud worked for Exide Battery in Frankfort for 34 years, retiring in 2005.  He married Sharon K. Wallace on December 13, 1959 and they later divorced, but remained friends.

Bud will be remembered as a hard worker who loves animals, watching NASCAR races, Colts Football, and old John Wayne Movies.  Bud had a unique sense of humor, a quick wit, and a huge love of his family.  You knew Bud liked you if he would find something to pick on you about or crack a joke.  While his passing leaves a void in our lives, his wit and character will be carried on in his children and grand-children.

In lieu of flowers, memorial donations may be made in Bud’s honor to the Clinton County Humane Society with envelopes available at the funeral home.

Services will be held at 2 p.m. Monday, August 21, 2017 at Archer-Weston Funeral & Cremation Center in Frankfort.  Friends may visit from Noon until the time of service at the funeral home.  Pastor Phil Troxell will officiate.  Burial will follow in Geetingsville Cemetery.

He was preceded in death by his parents, two sisters: Sharon Bundy and Joan Draving, and a grand-son: Andrew Frazier.