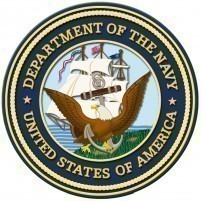 Harold “Curly” W. Harmon, 83, of Frankfort passed away May 19, 2013 at Clinton House Health and Retirement Community. He was born March 9, 1930 in French Lick, IN to Oliver and Martha (Wilson) Harmon. He married Donna Burkhalter on September 11, 1955 in French Lick and she survives.;Curly graduated from Frankfort High School in 1948. He served in the United States Navy from 1951 to 1954. He worked in paving construction for Smith Construction from 1976 to 1989, with his latest employment being with Milestone until 1995. He was a member of the VFW, Moose Lodge, and American Legion. Mr. Harmon was a former drag racer, worked on tractor pull tractors as a mechanic and was an avid Jeff Gordon fan.;Survivors include a son: Michael (Vaughnell) Johnson of Mulberry, daughters: Debra (Ronald) Brackett of Frankfort and Cynthia (Wayne) Henniger of Kirklin, an adopted daughter: Linda Parsons, a brother: Paul (Phyllis) Harmon of Indianapolis, 7 Grandchildren and 11 Great-Grandchildren.;He was preceded in death by his parents.;Private Family Services will be held at Archer-Weston Funeral Home. Burial will be in Green Lawn Memorial Park in Frankfort. Memorial donations may be made to Clinton County Humane Society with envelopes available at the funeral home.