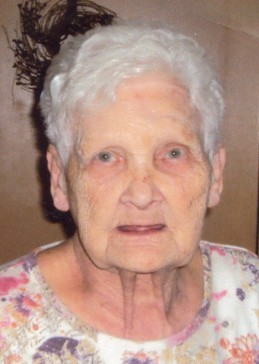 Hazel M. Weaver, 95, passed away on Sunday, September 20, 2015 at Clinton House Health & Rehabilitation Center.  She was born in Indianapolis on July 10, 1920 to Arthur and Thelma (Rader) Burton.

Hazel attended Indianapolis Schools and worked for over 20 years in the office at the  Indianapolis Chevrolet Plant.  She enjoyed playing Bingo and fishing.

Memorials may be made to the Alzheimer’s Association with envelopes available at the funeral home.  Online condolences may be made at archerweston.com.

Funeral services will be held at 1 p.m. Wednesday, September 23, 2015 at Archer-Weston Funeral & Cremation Center in Frankfort. Friends may visit from 12 Noon until the time of service Wednesday at the funeral home. Burial will follow in Bunnell Cemetery.

She was preceded in death by 2 sons, 1 daughter, a sister and a brother.