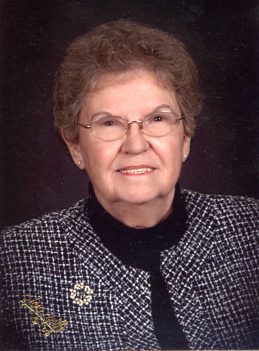 She was born November 1, 1932 in Louisville, KY to Chester Thomas and Ruby Irene (Myers) Knowles.  She was a 1950 graduate of Rossville High School and worked for 30 years in production at P.R. Mallory, retiring in 1997.  She married Kay E. Lucas on July 21, 1951in Frankfort and he preceded her in death on August 14, 1986.  She was a member of the First Baptist Church in Frankfort and loved fishing and playing cards.

Memorial donations may be made in Helen’s honor to the American Cancer Society with envelopes available at the funeral home.

A funeral service will be held at 2 p.m. Friday, November 11, 2016 at Archer-Weston Funeral & Cremation Center in Frankfort.  Friends may visit from Noon until the time of the service at the funeral home.  Entombment will follow in Green Lawn Mausoleum.

Along with her husband, she was preceded in death by her brother:  Junior Knowles;  sister:  Pearl Linhart;  & her granddaughter:  Stephanie Lohsl.

6 Condolences for “Helen I. Lucas”