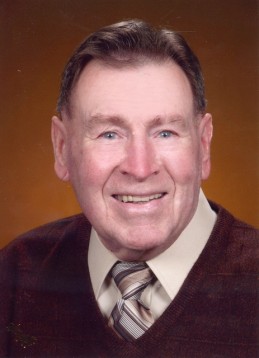 Herbert L. Clawson, 86, of Colfax passed away on Tuesday, February 23, 2016 at the Indiana Veteran’s Home in Lafayette.  He was born on July 4, 1929 in Radnor, IN to Medford Lewis & Letha (Cole) Clawson.  He married Janet Kleier in 1953 in Yuma, AZ and she survives.  He graduated from Delphi High School and attended Indiana University.  He served in the United States Marine Corps as an A-5 Assault Commander, attaining the rank of Sergeant during the Korean Conflict.  He was co-owner and operated Sinclair Service Station on Teal Rd. in Lafayette.  He also worked for Biggs Pump & Supply in Lafayette for several years.  He was a member of the Colfax Christian Church.

Memorial donations may be made in Herb’s honor to Colfax Christian Church with envelopes available at the service.

Funeral services will be held at 4 p.m. Sunday, February 28, 2016 at Colfax Christian Church. Friends may visit from 2 p.m. until the time of service at the church. Graveside service with military honors will be at 10:30 a.m. Monday, February 29, 2016 at Plainview Cemetery in Colfax.

He was preceded in death by a son: Matt Clawson & grandson: Jonathan Clawson.