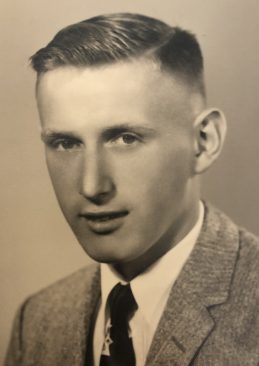 Herbert was a 1959 graduate of Frankfort Senior High School and had lived in Frankfort and Lafayette. A veteran of the U.S. Airforce, he served from June 1, 1961 until March 14, 1963.   He worked at Fairfield Manufacturing as a machine operator/shift leader for 40 years, retiring in 2001.  He was a member of the Eagles Lodge and enjoyed spending time with his family.

Graveside services will be 2 p.m. Wednesday, August 19, 2020 at Scotland Cemetery. Memorial donations may be made to the National Kidney Foundation. Out of respect for the health, safety, and comfort of all in attendance, guests will be expected to adhere to current CDC guidelines regarding appropriate social distancing and the wearing of masks.

In addition to his parents, he was preceded in death by his wife Carol McKee, brother, Hobert McKee and 2 grandchildren.