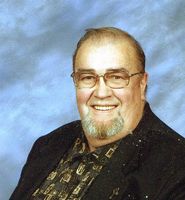 Jack E. Halsema age 71 longtime Michigantown, Indiana resident passed away May 18, 2010 in his residence. Born March 18, 1939 in Lafayette to John C. & Eileen (Havens) Halsema. He graduated in 1957 from Jefferson High School, 1994 from Indiana University-Kokomo, and in 1995 from Ivy Tech’s Nursing Program. He was a Licensed Practical Nurse working at Tipton Memorial Hospital for 13 years until his retirement in 2008. He served in the US Air Force 1958-1962, and was a member of the Frankfort American Legion. Other memberships included, St. Mary’s Catholic Church where he was involved in the Parish Nursing Group, and also a 4th Degree member of the Knights of Columbus. Served on the Michigantown Fire & Ambulance as an EMT for many years, was a CPR Instructor for the American Heart Association, Played Santa for various activities for 48 years, Sang with the Indianapolis Barber Shop Quartet, and the Tippecanotes Chorus for several years, and enjoyed photography, cooking, and woodworking. He married Gayl L. Downs on March 3, 1973 and they later divorced, and she preceded him in death in 2001. Surviving his is a daughter: Marcy Halsema of Lafayette, a grandson, Ryan Halsema of Lafayette, a stepson: Mark Downs (Pam) of Logansport, 2 brothers: Paul Halsema of Alamogordo, NM and Larry Halsema (Mary Anne) of Lafayette, 2 sisters: Colleen and Rosemary Halsema both of Lafayette, and a longtime companion Carolyn Gregory. He was preceded in death by his parents, and a brother Donald. Friends may call 5:30-8 PM Sunday at Archer-Weston Funeral Home in Frankfort where a rosary will be recited at 5:30 PM, Funeral Mass will be held 11 AM Monday May 24, 2010 at St. Mary’s Catholic Church in Frankfort, burial with military honors will take place 3 pm Monday at St. Boniface Cemetery in Lafayette.