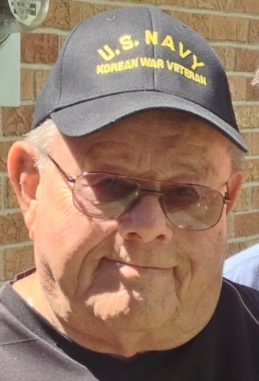 He was born on June 21, 1932 in Colfax to Fred & Hazel (Shy) Lanum.  He married Beverly Winger on April 26, 1953 in Corinth, MS and she preceded him in death on April 13, 2014.  Jack was a 1951 graduate of Colfax High School and served in the United States Navy from 1951 to 1955 during the Korean Conflict.  He worked for the Frankfort Light Plant and retired in 1994 after serving for 18 years at General Motors Inland Fisher-Guide Plant.  He attended Cornerstone Assembly of God and was a member of the Frankfort VFW, American Legion, & Eagles Lodge.

Memorial donations may be made in Jack’s honor to ViaQuest Hospice or the Frankfort VFW with envelopes available at the funeral home.

A funeral service will be held at 11 a.m. Tuesday, August 1, 2017 at Archer-Weston Funeral & Cremation Center in Frankfort.  Friends may visit from 9 a.m. until the time of service on Tuesday at the funeral home.  Pastor Brad Fullerton will officiate.  Burial will follow in Plainview Cemetery.