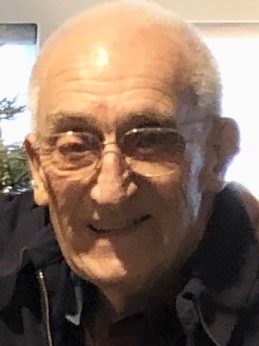 Express your sympathy by sharing this obituary with family and friends.
James H. Weston 90, former resident of Brook and Frankfort, Indiana passed away Sunday, May 31, 2020 at Heritage Woods Assisted Living in Noblesville, Indiana where he had resided since February.
He was born May 27,1930 in Rensselaer, Indiana to Paul H. & Ruth M. (Boner) Weston.  His marriage was to W. Joanne Whaley in Brook on July 21,1950 and she preceded in him death on October 4, 2013.
Jim was a 1948 graduate of Brook (IN) High School and a 1951 graduate of the Indiana College of Mortuary Science in Indianapolis.  He was a lifelong funeral director and had owned funeral homes in Brook and Morocco, Indiana and later owned and operated what is now the Archer-Weston Funeral & Cremation Center in Frankfort, Indiana.   He was a member of St. Matthew United Methodist Church, Frankfort.

Private family services will be held at a later date with inurnment at Riverside Cemetery in Brook, Indiana.