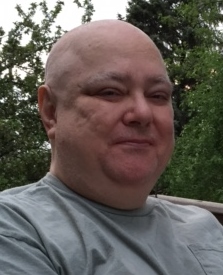 He was born on March 1, 1963 in Frankfort, to Chester Schrock and Teresa (Carney) Schrock Rose.  He was a 1981 graduate of John Marshall High School in Indianapolis and served in the United States Navy on a submarine from 1981 to 1983.  He married Rose Kelly on May 2, 1999 in Frankfort and she survives.  He worked as an electronics technician in Kokomo and Indianapolis for 30 years.  He enjoyed studying the Bible and was interested in guns and target shooting.  He was webmaster for Kokomo/Russiaville Indiana Shooting Group.

Surviving along with his wife: Rose and mother:  Teresa Rose are his Aunts:  Joyce (Chuck) Cerbone of Frankfort, Marilyn (Jerry) Eavey of Lebanon, and Carolyn (Kevin) Lewis of Frankfort;  and Uncle:  Artie (Annette) Carney of Frankfort.

He was preceded in death by his father and a sister and an uncle:  Richard Carney.

4 Condolences for “James A. “Jack” Schrock”