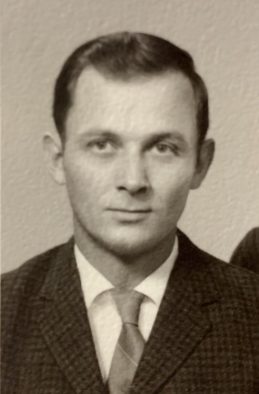 James L. Davis, Sr., 82, formerly of Coflax, died February 18, 2019 at Ben Hur Nursing Facility in Crawfordsville, Indiana.  Born October 5, 1936 in Crawfordsville, Indiana to Joe L. and Geneva Pearl (Meek) Davis. He had previously been married to Judith Doty and Gretchen Holloway.  He married Judith A. Morris in 1996 in Fountain County and she preceded him in death on December 20, 2006.

Jim was a graduate of Bowers High School and was a veteran of the United States Army, serving in Vietnam.  He worked for Alcoa in Lafayette and retired from there in 2000.  He had also worked in several area body shops specializing in painting.  He was a 50 year member of the Vesta Masonic Lodge and a member of Murat Shriners International.

A Private Graveside Service was held at Plainview Cemetery, Colfax, IN.

In addition to his parents and wife, he was preceded in death by his son: James L. Davis, Jr.