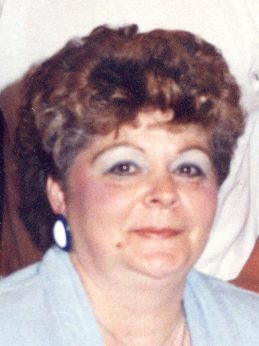 Janet “Sue” Davis, 73, of Frankfort passed away August 5, 2016 at Clinton House Health and Rehabilitation Center.  She was born on June 1, 1943 in Frankfort to Coy and Wilma (Mitchell) Aders.  A lifelong Frankfort resident, she is a 1961 graduate of Frankfort High School.  She married Kenneth Howard Davis on December 9, 1968 in Frankfort and he preceded her in death on September 25, 2005.  Sue worked for Joe’s Supermarket for over 20 years and for Citizens Savings Bank for 10 years.  She had previously worked at the Campus Castle.  Sue was a member of Hope United Methodist Church in Frankfort and loved her grandchildren, horses, and Elvis music.

Memorial donations may be made in Sue’s honor to the Clinton County Humane Society with envelopes available at the funeral home.

A funeral services will be held at 1p.m. Wednesday, August 10, 2016 at Archer-Weston Funeral & Cremation Center in Frankfort.  Friends may visit from 4-8 p.m. Tuesday, August 9, 2016 at the funeral home.  Pastor Shan Sheridan will officiate.  Entombment will follow in Green Lawn Mausoleum.

She was preceded in death by her parents, husband, brother:  Spank Aders, sisters:  Betty Roberts and Peggy Evans.