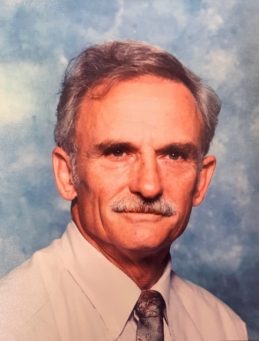 He was born on December 28, 1931 in Frankfort to Luther and Ruth (Goodwin) Bartley.  He married Kay (Martin) Newhart in 1964 and she survives.  He was a graduate of Frankfort Senior High School.  Jerry served in the United States Army for 4 years.  Upon his return, he worked as a Job Setter for Detroit Diesel Allison in Indianapolis for 41 years, a Manager at Walmart for 15 years and had also worked at Goodwill in Frankfort.  Jerry loved to write poems, stories, and songs for his family and always had a joke to tell.  He was also a lover of all animals, especially his dog, Buddy.

Archer-Weston Funeral & Cremation Center, 501 East Clinton Street, Frankfort is honored to assist the Bartley family. Memorial donations may be made in Jerry’s honor to the Clinton County Humane Society, P.O. Box 455, Frankfort, IN.

A private family service is being planned.  Burial at Jefferson Cemetery will take place at a later date.  The family asks that you remember Jerry in prayer.

Surviving along with his Wife: Kay are his Children:  Jody Cullings of Crawfordsville, Kenneth (Kimberly) Newhart Jr. of Frankfort, Tim (Angie) Newhart of Chalmers, Kebbra (Frank) Scherf of Atlanta, GA, and Joshua Bartley of Frankfort;  Brothers:  Ben (Charlotte) Bartley and Tom (Pam) Bartley both of Florida;  11 Grandchildren; and 15 Great Grandchildren.

He was preceded in death by his parents, sisters: Sally Bartley and Betty O’Hara and his son: Jason Bartley.