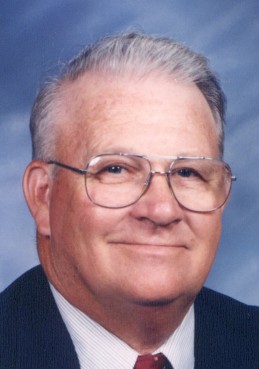 Jerry Nelson Letanosky, 79, of Frankfort passed away Wednesday May 6, 2015 in his home.  He was born on November 19, 1935 at the Sisters of Notre Dame Hospital in Lynch, KY to John J. and Laura (Lunsford) Letanosky.  He married Marinell Fields on June 20, 1959 and she survives.

Jerry was a 1954 Graduate of Lynch High School where he was a member of the 4 time Lynch Golden Bulldogs State Champion football team and a member of the band.  From high school, he was recruited by Paul “Bear” Bryant and played a season of football for the University of Kentucky.  He then served as a Sergeant in the 11th Airborne “Angels” in the United States Army from 1956 to 1958.  He also served in the Army Reserve until 1962.  Jerry worked for Peter Paul in Frankfort, Streamline Trailers in Thorntown and Aristocrat Trailers in Frankfort.  He was the owner and operator of Clinton County Insulation and also owned and operated Town and Country Glass & Door Pro from 1991 to 2013 when he sold the business and retired.  He was a member of the First Church of the Nazarene, enjoyed creating stained glass art, and was an avid golfer.

A funeral service will be held on Saturday, May 9, 2015 at Goodwin Funeral Home Chapel. Friends may visit from 10 a.m. until the time of service at 1 p.m. at Goodwin Chapel, 200 South Main Street, Frankfort. Memorial donations may be made in Jerry’s honor to the First Nazarene Church World Missions or the charity of your choice. Online condolences may be made at archerweston.com

He was preceded in death by his parents, 2 brothers and 2 granddaughters: Madison & Josie Letanosky.