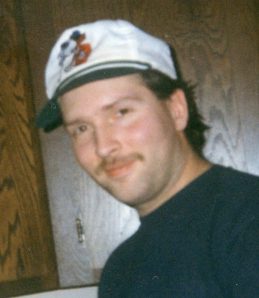 John was a 1986 graduate of Frankfort High School and had served in the United States Army from 1987-1989.  He worked for Donaldson’s in Frankfort for 8 years and had previously worked for General Seating and Frito Lay.  He enjoyed watching and collecting movies especially horror films and Star Wars.  He also loved to fish.

Memorial donations may be made in John’s honor to the Salvation Army with envelopes available at the funeral home.

Friends may visit 4-8 p.m. Monday, May 22, 2017 at Archer-Weston Funeral & Cremation Center in Frankfort.  Private family services will be held Tuesday.  Burial will be in Bunnell Cemetery.

He was preceded in death by his father:  James Bowers, his grandparents:  Ernest and Florence Crews, and his favorite aunt:  Patricia Crews.