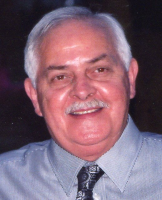 John William McIntire, 71, of Frankfort passed away October 19, 2013 in his home. He was born on March 25, 1942 in Winslow, Indiana to Uthie and Helen (Stevens) McIntire.;John was a 1960 graduate of Kokomo High School and he worked as a pipe fitter for 23 years for Delco Electronics retiring in 1998. He was a member of the Frankfort Eagles, Moose, UAW 292 and a former member of the Elks. He enjoyed traveling and horseback riding.;Survivors include Companion: Ginger Sandage of Frankfort, Sons: John William McIntire II and Chris Huenergardt both of Kokomo, Daughter: Brandy Smith (Corey) of Kokomo, Brother: Larry McIntire (Gaynelle) of Evansville, Sister: Barb Raley (Dave) of Evansville, and Grandchildren: Corey & Caitie Smith. He was preceded in death by his parents and a son: Rex McIntire.;A memorial service will be held at 11 a.m. Saturday, October 26, 2013 at Archer-Weston Funeral Home. The family will receive friends from 10 a.m. until the time of service. Memorial donations may be made to Head Start of Clinton County with envelopes available at the funeral home.